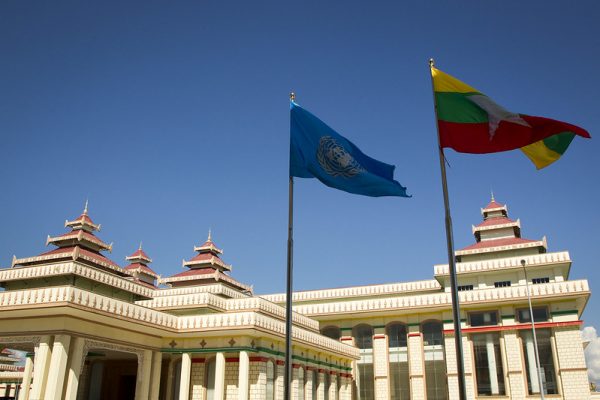 Nearly a decade later, Thein Sein’s assertion that Myanmar’s democracy had reached the point of no return was held by Lieutenant General Min Aung Hlaing and his colleagues, who staged a military coup. well planned this year 1/2, proved false. The current humanitarian, security and political crisis that engulfs Myanmar is a direct result of this reckless takeover by the Tatmadaw, as the Myanmar military already knows.

ASEAN leaders are scheduled to meet on April 24 at the ASEAN Secretariat in Jakarta to discuss the crisis in Myanmar. Initiated by Indonesian President Joko Widodo, this would be an unusual event as ASEAN usually does not convene a meeting of special leaders to discuss specific political crises.

Min Aung Hlaing’s attendance at the summit in Jakarta will likely be opposed by civil society groups, who strongly condemn the coup and do not want it to gain any legitimacy. Political scientist Professor Amitav Acharya has argued that it would be “a political mistake, not to mention a great shame for ASEAN to let the Myanmar coup leader attend the ASEAN Summit. It is better to send an ASEAN mission to Myanmar to speak with all parties, including the military and Ms. Suu Kyi, before hosting the ASEAN-10 Summit.

Of course, the big question is not just about the meeting itself, but about ASEAN’s broader game plan.

A number of possible political scenarios. The first choice was a principled one: maintaining the validity of the November 2020 general election, which resulted in a resounding victory for Aung San Suu Kyi and her party, the National League for Democracy (NLD).

Here, the ideal solution is to allow the formation of parliament and government, in line with the 2020 election results. This will be the democratic solution to the current crisis, and the right thing to do about the moral and political side.

In reality, however, the chance of this happening is very small. The Tatmadaw generals certainly decided that once they crossed the line and staged a coup, they would have no choice but to go all out and absolutely dismiss the results of the November election. 2020. After all, their aim is not to protect democracy but to forcibly remove Aung San Suu Kyi and her political associates from office to prevent the relaxation of the Tatmadaw’s power. .

The second scenario is one that Tatmadaw has actively promoted since February 1: hold elections for a year or two, after which they will hand power over to the “winner” of the election. there. However, this choice is morally wrong and cannot be handled politically in many ways. No one believes that the current Tatmadaw leadership, who is executing the coup, is capable of organizing free and fair elections. Furthermore, such an election will inevitably be opposed and ostracized by Aung San Suu Kyi and other pro-democracy and nationalist forces. The international community – with very few exceptions – will not endorse an election to be held under the gunfire and invitations to observe it will be rejected.

If neither of these scenarios occurs, perhaps a third scenario could be used. That third scenario, however, remains elusive. ASEAN leaders have yet to think carefully about this issue. Former Indonesian Foreign Minister Marty Natalegawa lamented that ASEAN was “in need of a script” for Myanmar.

Currently, the most promising plan comes from the CRPH, civil society organizations and ethnic groups, who have proposed the “Federal Democracy Charter” as the political basis for the move forward. The charter still needs more details, but it contains provisions on civilian surveillance of the military, transitional arrangements and a larger role for ethnic groups. The international community should positively respond to the Charter as a starting point for rebuilding the post-coup political order in Myanmar.

What should ASEAN leaders tell Min Aung Hlaing when they meet in Jakarta on April 24? I can think of a few suggestions.

First, ASEAN leaders should express to Min Aung Hlaing, in clear language and tone, their strong opposition to the military coup that reversed Myanmar’s democratic consolidation. and keep an eye on ASEAN.

ASEAN leaders should be more outspoken than their foreign ministers. For example, the ASEAN Informal Ministers Meeting in early March of this year issued a statement that did not mention the 2020 election and the coup, did not mention democracy and human rights, and only merely calling on “all parties” and “all parties” to exercise restraint, ignoring the fact that it was the military that created this crisis and violated human rights in a particular way.

Second, ASEAN leaders need to make it clear to the Lieutenant-General that they will join the Provisional National Unification Government (NUG), led by Aung San Suu Kyi, which has just been established. This is one of the requests of hundreds of Southeast Asian civil society groups that have gathered in a virtual “Regional Town Hall” hosted by Nobel Prize winner Jose Ramos Horta and I recently.

Indeed, the leaders of the interim NUG should be invited to attend the ASEAN Leaders’ meeting in Jakarta to present their views – even in a separate meeting, even barely. This will certainly make Min Aung Hlaing dissatisfied, but it will be the least worried of ASEAN leaders.

Third, ASEAN leaders should discourage Tatmadaw from conducting planned elections. Playing with it would be equivalent to blessing Tatmadaw’s action in quelling the 2020 legal election. Forcing to pass such an election would only exacerbate the political crisis. . Any immediate political solution requires the participation and approval of NUG, which includes CRPH, which holds the majority of seats in parliament and various ethnic groups.

Fourth, ASEAN Leaders should ask Min Aung Hlaing to stop criminalizing Aung San Suu Kyi, and reduce the framed charges against her. Apparently this was Tatmadaw’s way of expelling Aung San Suu Kyi permanently from Myanmar politics, thus undermining the NLD. The last major political figure to be overthrown and arrested on allegations of corruption was Prime Minister Khin Nyunt of Tatmadaw in 2004 – a once-powerful general who also served as chief of military intelligence. He was jailed for 8 years until 2012, when he received a presidential pardon along with thousands of others. Can’t let Aung San Suu Kyi suffer the same fate as Khin Nyunt.

Fifth, while calling for the immediate release of Aung San Suu Kyi and all political prisoners, ASEAN leaders should suggest facilitating a comprehensive dialogue between holders retain current power and pro-democracy forces. This is because both Tatmadaw and CRPH are incapable of going to the negotiating table on their own, and therefore some form of mediation by good outside offices will be helpful.

Finally, this sounds helpful, it would be very helpful for ASEAN leaders to read aloud the relevant provisions of the ASEAN Charter during the meeting. I really doubt that Min Aung Hlaing has not read the ASEAN Charter (have you?), The Charter is legally binding for all ASEAN member states and was ratified by Myanmar in 2008. .

The relevant provisions to be highlighted will be Article 1 point 4, which emphasizes that the aim of ASEAN is to “ensure that all peoples and member states of ASEAN live in peace .. in a peaceful environment. fair, democratic and harmonious schools, “and also (point 7)” promote democracy, strengthen good governance and the rule of law, promote and protect human rights and fundamental freedoms. “

Those words are in stark contrast to what has happened on the ground in Myanmar since February this year: more than 700 people have been killed including children, more than 3,000 political prisoners were arrested, hundreds of people. missing, thousands of people were forced to flee their homes, journalists and work. Threatened groups and populations live in fear.

All of this could be further evidence that democracy is indeed regressing around the world, including Southeast Asia. But these are all further reasons why ASEAN should adhere to and uphold the principles of its own Charter. ASEAN has no reason to simply allow a fledgling democracy within its family to be simply stifled with punishment, and with its shy acceptance.

Therefore, on April 24, ASEAN must do the right thing and tell the truth to power, especially since that power is not legal.