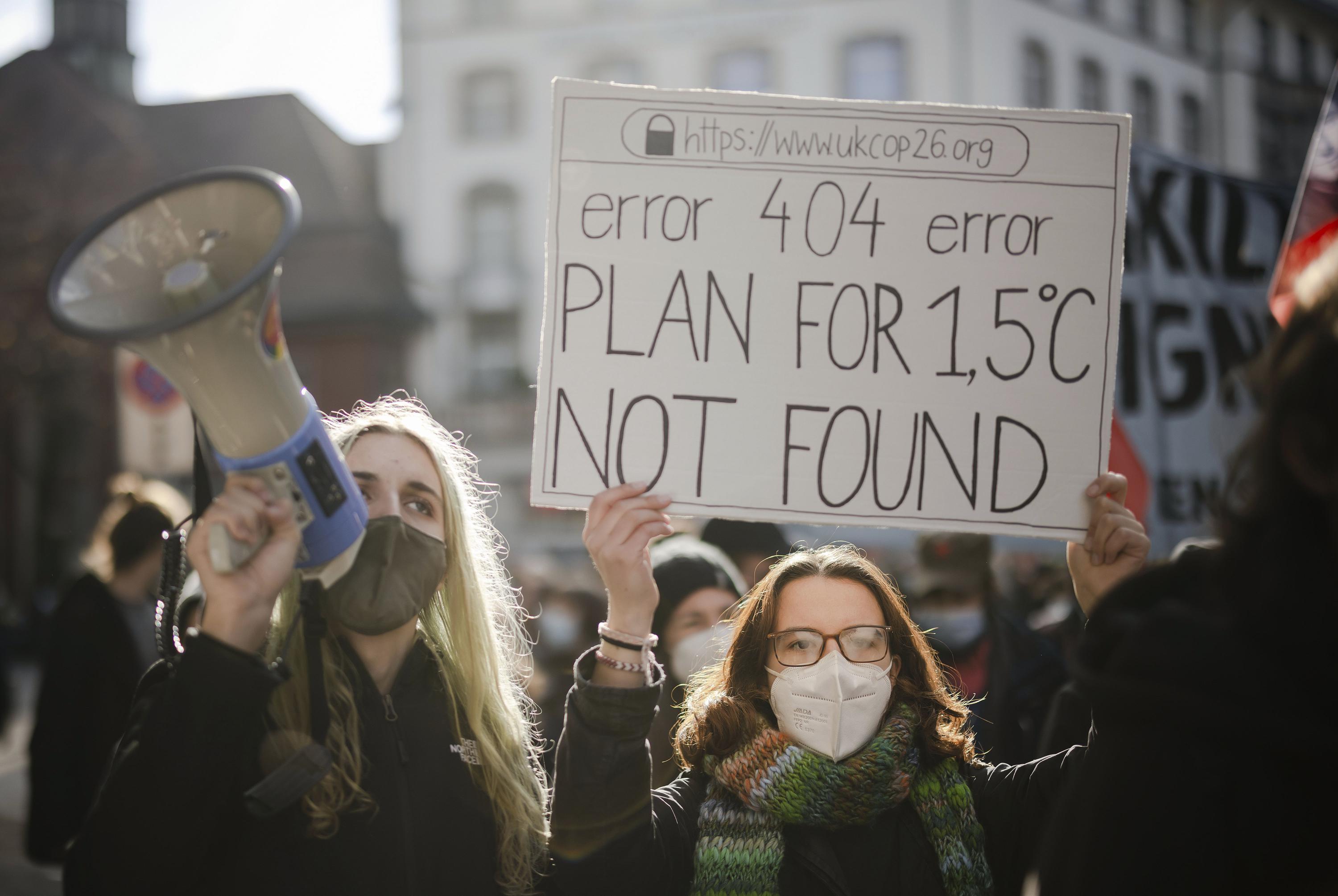 That stands for the international goal of trying to limit future warming to 1.5 degrees Celsius (2.7 degrees Fahrenheit) since pre-industrial times. It’s a somewhat confusing number in some ways that wasn’t a major part of negotiations just seven years ago and was a political suggestion that later proved to be incredibly important scientifically.

Stopping warming at 1.5 or so can avoid or at least lessen some of the most catastrophic future climate change harms and for some people is a life-or-death matter, scientists have found in many reports.

The 1.5 figure now it is the “overarching objective” of the Glasgow climate talks, called COP26, conference President Alok Sharma said on the first day of the conference. Then on Saturday he said the conference, which takes a break on Sunday, was still trying “to keep 1.5 alive.”

For protesters and activists, the phrase is “1.5 to stay alive.”

The issue isn’t about the one year when the world first averages 1.5 more than pre-industrial times. Scientists usually mean a multi-year average of over 1.5 because temperatures — while rising over the long term like on an escalator — do have small jags up and down above the long-term trend, much like taking a step up or down on the escalator.

Scientists calculate carbon pollution the burning of fossil fuels can produce before 1.5 degrees is baked in. A report a few days ago from Global Carbon Project found that there’s 420 billion tons of carbon dioxide left in that budget and this year humanity spewed 36.4 billion tons. That’s about 11 years worth left at current levels — which are rising not falling — the report found.

To get there, scientists and the United Nations say the world needs to cut its current emissions by about half as of 2030. That’s one of the three goals the U.N. has set for success in Glasgow.

“It’s physically possible (to limit warming to 1.5 degrees), but I think it is close to politically impossible in the real world barring miracles,” Columbia University climate scientist Adam Sobel said. “Of course we should not give up advocating for it.”

A dozen other climate scientists told The Associated Press essentially the same thing — that if dramatic emission reductions start immediately the world can keep within 1.5 degrees. But they don’t see signs of that happening.

That 1.5 figure may be the big number now but that’s not how it started.

At the insistence of small island nations who said it was a matter of survival, 1.5 was put in near the end of negotiations into the historic 2015 Paris climate agreement. It is mentioned only once in the deal’s text. And that part lists the primary goal to limit warming to “2 degrees Celsius above pre-industrial levels and pursuing efforts to limit the temperature increase to 1.5 degrees Celsius above pre-industrial levels.”

The 2-degree goal was the existing goal from 2009’s failed Copenhagen conference. The goal was initially interpreted as 2 degrees or substantially lower if possible.

But in a way both the “1.5 and 2 degree C thresholds are somewhat arbitrary,” Stanford University climate scientist Rob Jackson said in an email. “Every tenth of a degree matters!”

The 2 degrees was chosen because it “is the warmest temperature that you can infer that the planet has ever seen in the last million years or so,” University of East Anglia climate scientist Corinne LeQuere, who helped write the carbon budget study, said at the Glasgow climate talks.

When the Paris agreement threw in the 1.5 figure, the United Nations tasked its Nobel Prize-winning group of scientists — the Intergovernmental Panel on Climate Change, or IPCC — to study on what difference there would be an Earth between 1.5 degrees of warming and 2 degrees of warming.

The 2018 IPCC report found that compared to 2 degrees, stopping warming at 1.5 would mean:

— Fewer deaths and illnesses from heat, smog and infectious diseases.

— Half as many people would suffer from lack of water.

— Some coral reefs may survive.

— There’s less chance for summers without sea ice in the Arctic.

— The West Antarctic ice sheet might not kick into irreversible melting.

— Half as many animals with back bones and plants would lose the majority of their habitats.

— There would be substantially fewer heat waves, downpours and droughts.

“For some people this is a life-or-death situation without a doubt,” report lead author Cornell University climate scientist Natalie Mahowald said at the time.

That finding that there’s a massive difference to Earth with far less damage at 1.5 is the biggest climate science finding in the last six years, Potsdam Institute for Climate Impact Research Director Johan Rockstrom said in an interview at the Glasgow conference.

“It gets worse and worse as you exceed beyond 1.5,” Rockstrom said. “We have more scientific evidence than ever that we need to really aim for landing at 1.5, which is the safe climate planetary boundary.”

“Once we pass 1.5 we enter a scientific danger zone in terms of heightened risk,” Rockstrom said.

In a new IPCC report in August, the world hit 1.5 in the 2030s in each of the four main carbon emissions scenarios they looked out.

Even when scientists and politicians talk about 1.5 they usually talk about “overshoot” in which for a decade or so the temperature hits or passes 1.5, but then goes back down usually with some kind of technology that sucks carbon out of the air, Stanford’s Jackson and others said.

As hard as it is, negotiators can’t give up on 1.5, said Canadian Member of Parliament Elizabeth May, who is at her 16th climate negotiations.

“If we don’t hang on to 1.5 while it is technically feasible, we are almost criminal,” May said.

The Associated Press Health and Science Department receives support from the Howard Hughes Medical Institute’s Department of Science Education. The AP is solely responsible for all content.