Why did I find freedom in Helsinki 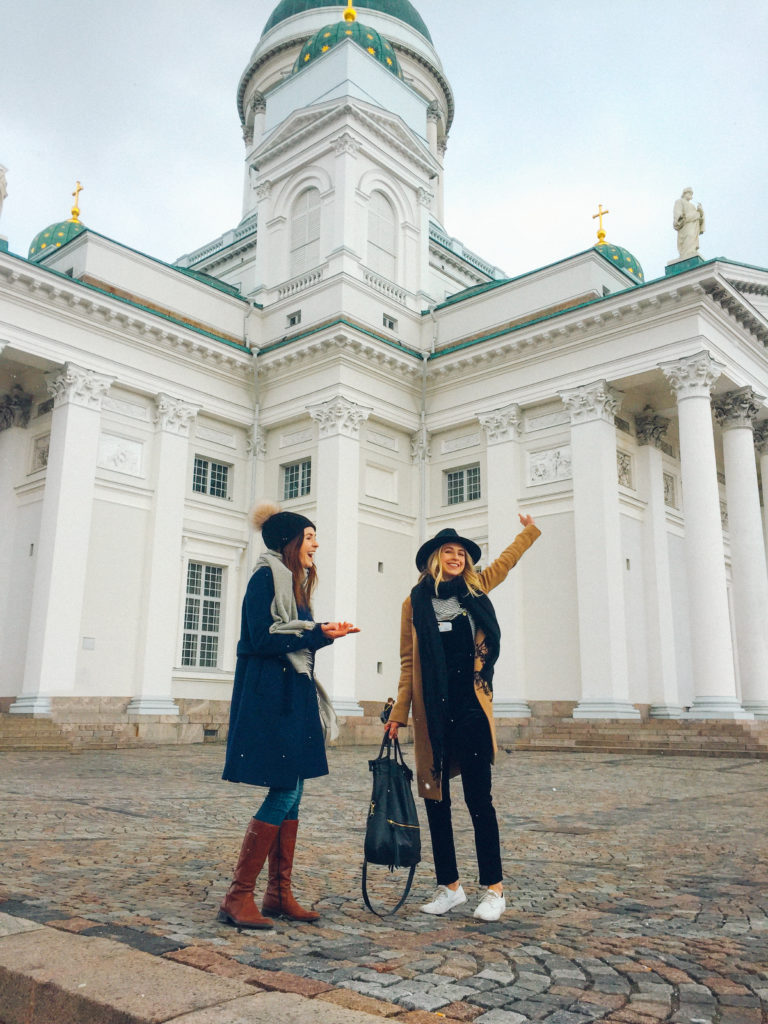 Over the past year on hiatus, I’ve been thinking a lot about the places I’ve been, the cities I’ve lived in and the people I’ve met. It is, after all, the beauty of travel. For me, it has never been the act of traveling in the real world – getting on a plane, packing a suitcase or preparing a list of places I want to go. For me, it’s always been about connection. About pursuing a sense of discovery – through places, people, and challenging my own prejudices. So when I was asked to join the Freedom Helsinki campaign to share why I found freedom in Helsinki, I began to realize how much this city has affected me.

My first visit to Helsinki

I first explored Helsinki around my seventeenth birthday when I first traveled to Europe. I was visiting my cousin in Kiev, Ukraine, and we decided to go on a risky adventure. We met in Poland and traveled by train around Eastern Europe before ending the trip at his private home just outside the city of Kiev. And while flying in and out of Helsinki as the gateway to Europe, I didn’t experience that.

Fast forward a few years later and I’m right visited Helsinki first. I spent two nights here before venturing north to Lapland, FinlandFamous winter destination for viewing the northern lights. I thought I would only be in Helsinki for a few nights to overcome the jet lag, but I ended up enjoying the city to the point that I pledged to come back if I have a chance later. in life.

You may have heard that Finland is named the happiest country in the world to live in. But did you know that it has won this title three years in a row? And while I’m sure everyone can agree that happiness is a subjective term that we all define differently, happiness for me is always freedom.

On my next visit to Finland I spent four days in the city. There was something compelling that brought me back up that I couldn’t explain. The air was clean and the sky was a mellow blue, but it was deeper than that. Everyone I meet seems to have their own frequency, coexist in a city that never feels too busy or too forced. Everything just feels like it’s in a constant state of flow.

Why do I love Helsinki

Work life balance is being tested

Inactive from time to time

You know that work you love but also love and hate? In Finland that doesn’t seem right. Overtime is unprecedented in Finland as the working hours are limited at the time you sign the work contract.

Getting work done on time gives you the freedom to live

People often tell me they don’t like their work or wish they could do something they love. As someone who has been traveling almost nonstop for eight years, I can understand why taking just a few weeks off per year is a little tempting! But the freedom of Helsinki allows workers to be flexible in working hours that suit them, take time off on time and pursue activities other than work. I not only think this is important but also indispensable in the “game of life” and enjoy every day of the year, rather than looking forward to time off from work.

There is support for innovation and invention

As someone in my twenties, I am always looking for new cities to live in or visit. And the cities I choose to go to the most are the ones that inspire me. In Helsinki, one of the things I see is the support for young people in small businesses. These are typically cafes, custom-made restaurants and exclusive stores. And that is the ultimate freedom for me. Be able to pursue any dream you have and feel supported in doing so.

A huge thanks came #helsinkifreedom with #finlandworks and #myhelsinki. You can read more about the freelance stories of the locals in Helsinki here. I am very grateful to have been invited to write about my relationship with the city of Helsinki. I look forward to going back to Finland as the tour continues!