Will New Jersey Spaniards and Asians have to wait until 2023 to be equally represented? 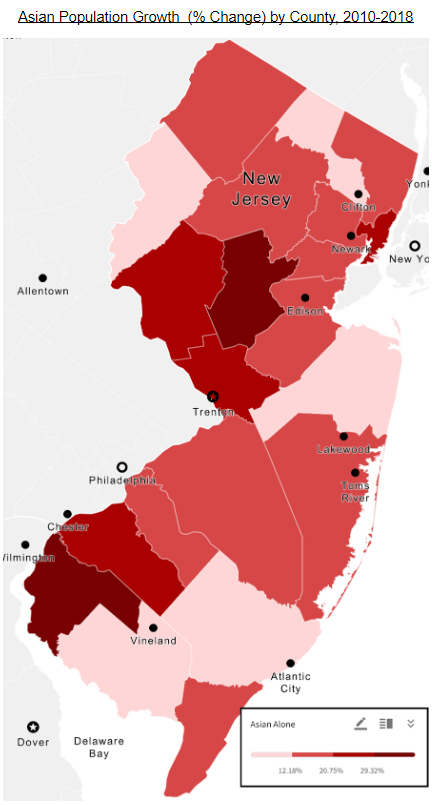 Will New Jersey Spaniards and Asians have to wait until 2023 to be equally represented?

Since the 2010 census, the Hispanic and Asian population in New Jersey has increased by 410,000, almost the same as the number of people living in the 2 legislative counties (see map at left and ours declare). But if Jersey lawmakers make their way, those communities may have to wait two years until 2023 to see their numbers reflected in the redistribution.

Today in Trenton, a Board committee reviewed ACR188, an amendment to the state constitution that allows to postpone redistribution until after the 2021 election. Reasons related to the delay have possibilities occur during the Census, thus delaying the redistribution committee’s work. But as written, the revision will take steps to bring power for decades to come. Furthermore, proponents claim that it addresses a low number of probabilities – but its real impact would be to cause an immediate lack of representation for major ethnic groups, to some extent. the magnitude is much greater than any possible error in the Census.

Like Aaron Barden of the Princeton Gerrymandering Project testified today in front of the committee, the redistricting committee can receive data by July 1 and still attract counties to promptly hold the 2021 primary and general election. PGP assumptions are available here. But ACR188 has an activation clause that says if the data is delivered at any time after February 15, then you can delay the redistribution.

It’s an unusually strict deadline, as the Census data could easily be delayed until March, as is the case in 2001. This is important because constitutional amendments won’t just impose for the year 2021, that all future redistribution cycles. The amendment is also a missed opportunity to enact real redistricting reforms New Jersey scholars have supportedsuch as many commissioners who are more independent and truly independent from the legislature.

Amendments will also be made for a public hearing next week and may be further revised until July 14. For more details see this. NJ Globe story.