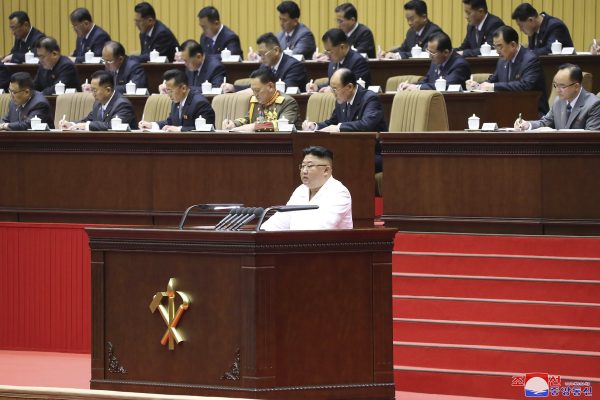 After the outbreak of the COVID-19 pandemic, North Korea adopted a comprehensive infectious disease control policy and retreated even deeper into its cover. North Korea’s bilateral trade with China has fallen more than 90% year-on-year, combined with prolonged sanctions that create a blow to the country’s economy. Cross-border movements are tightly controlled.

The 8th Congress of the Korean Workers’ Party (WPK) held in mid-January makes economic recovery a top priority. If Kim Jong-un wants to achieve economic growth in the medium to long term, it is essential that he lift the sanctions. This means that negotiations with the US are inevitable. After the US-Trieu Summit in Hanoi two years ago ending abruptlyMr. Kim affirmed that the key of the US-North Korea relationship was that the US had to “withdraw its hostile policy”, and set out the “principle of power over power, goodwill for goodwill”. This means that North Korea is not ready to make unilateral concessions. Rather, the US and North Korea should act at the same time.

A long stalemate ensued and, exacerbated by the COVID-19 situation, all diplomatic activity seemed to have stopped. Now, however, signs are beginning to appear that diplomacy could be resumed.

However, on February 2, Kim Jong-un’s title on the Korean Foreign Ministry’s English website was unexpectedly changed from President to President. The official party newspaper, Rodong Sinmun, followed. North Korea has not revealed the reason for the change, but this is believed to be Kim Jong-un’s move to prepare for a diplomatic change. Otherwise, there will be no need to change his official English title.

There are also some changes in staffing. While at the Congress in January, there was a sharp decline in senior personnel related to diplomacy, at the Second Plenary Meeting of the Central Committee of the Korean Workers Party. For the 8th time in February, Foreign Minister Ri Son-gwon was elected to the Politburo, while Kim Song-nam, Director General of the International Department, was elected alternate member.

On March 16, Kim Jong-un’s sister Kim Yo-jong released a statement criticizing the Moon Jae-in administration. This was a response to joint exercises between the US and South Korea, but the tone was somewhat more restrained than the threat of “exploding” the Inter-Korean Joint Liaison Office last June. Kim Yo-jong didn’t even mention Moon Jae-in’s name.

There are also signs of resuming trade with China. The “Sterilization of Import Law” was passed at the Standing Committee of the Supreme People’s Council on March 3. The law regulates the system and procedures for sterilization of imported goods as well as penalties for violation of the sterilization process.

Since the Congress in January, Kim Jong-un has regularly chaired meetings in North Korea, calling for an economic recovery and greater discipline through “self-reliance.” At the moment, North Korea is focusing on stabilizing its stance, which puts the Kim Jong-un administration at a standstill.

To move forward, Kim needs to resume trade between North Korea and China, negotiate with the United States to loosen economic sanctions and provide logistical support from South Korea’s progressive government. North Korea seems to be pondering for a long time and it is difficult to start with.

The problem with North Korea’s foreign policy lies in its toughness. Kim has repeatedly pointed out that principles decided by the Central Committee must be followed without exception. If this thinking were to be applied in foreign policy, Pyongyang certainly lost its diplomatic flexibility. Concessions are essential in diplomacy between states with conflicting interests.

This tough foreign policy is also evident in North Korea’s Southeast Asian policy. On March 19, North Korea decided to sever diplomatic relations with Malaysia. This is in retaliation for Malaysia’s decision to extradite North Koreans to the US to face charges related to money laundering. Malaysia has long allowed North Koreans to enter without a visa, and for a while Air Koryo had flights from Pyongyang, which was a convenient base of operations for North Korea. However, relations with Malaysia have cooled rapidly since North Korea took advantage of this to reach out assassination of Kim Jong-nam in 2017. The end of North Korea’s diplomatic relations may be aimed at opposing Malaysia, but it will also be a turning point that will worsen the perception of North Korea in ASEAN countries.