VANCOUVER, BC, July 8, 2021 /PRNewswire/ – Zacatecas Silver Corp. (“Zacatecas Silver” or the “Company”) (TSXV:ZAC) (OTC:ZCTSF) (Frankfurt: 7TV) is pleased to announce it has completed access agreements with all landowners at the San Gill Breccia Zone and San Gill Vein System. Furthermore, Zacatecas has submitted its environmental study on the San Gill-San Manuel area to SEMARNAT as a final requirement for drill permitting in this area of its large land package in Zacatecas, Mexico. 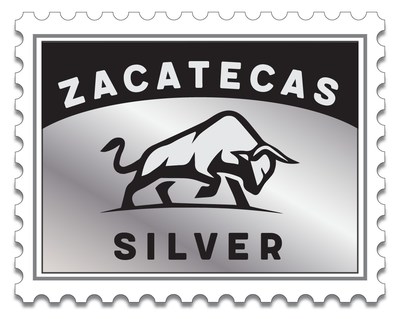 The Company, as previously reported, has also successfully negotiated access agreements to its Panuco Deposit where 10,000 metres of angled diamond drilling is initially planned. An environmental study for Panuco was submitted to SEMARNAT which is now at the final stages of review.

Dr Chris Wilson, Zacatecas Silver Chief Operating Officer and Director, comments, “I am delighted in our progress to date as we prepare for the imminent start of drilling in multiple areas of our large land package. The process of moving from field mapping and drill targeting, to a permitted drill program, often involves a number of steps including environmental studies. Our field geologists and consultants have been extremely efficient in completing all studies and have now secured 3 to 5 year landowner, community and municipality agreements. Submission of environmental studies to SEMARNAT represents the final stages of the drill permitting process. Despite the added pressure that COVID-19 has placed on everyone, SEMARNAT have continued to process these applications rapidly”.

Zacatecas previously reported (see news release dated May 6, 2021) that it has engaged Major Drilling (“Major”) for an initial 10,000 metre drill program. Zacatecas are planning to commence drilling by the end of July 2021.

Silver, gold, and base metal mineralization at the Panuco deposit is hosted in breccia veins, banded, crustiform and colloform quartz-calcite veins, and quartz vein stockwork within zones of strong argillic alteration — as is typical of the intermediate sulphidation veins throughout the Zacatecas region. Mineralization is open in all directions.

San Gill Breccia is located in the southern part of the main Zacatecas concessions and is approximately 2 kilometres to the southwest of the Veta Grande vein. It is a zone of intense brecciation and quartz veining with an abundant matrix of iron oxides after sulphides. Veins are multiphase — as evidenced by breccias, quartz vein stockworks, and crustiform and collaform banding. Remnant mineralized zones that have not been fully oxidized to iron oxides include galena, sphalerite, chalcopyrite and argentite — consistent with the styles of mineralization at other similarly oriented mineralized systems in the Zacatecas region.

The San Gill Breccia Zone passes westwards into the San Manuel vein swarm. The San Gill-San Manuel mineralized system covers an area of approximately two square kilometres and is characterized by multiple, northwest to southeast and west-northwest to east-southeast oriented, steeply-dipping, quartz-carbonate-silver-base metal mineralized veins. Individual veins are locally up to 7 metres wide and up to almost one kilometre in strike length.

The El Cristo vein system is in the central part of the Zacatecas Property. It is the northwest extension of the well-known Veta Grande vein and is defined by multiple vein outcrops, and extensive historical workings and shafts.  Mapping by Zacatecas has defined near surface historical workings and vertical shafts that are more extensive than previously thought. There are a large number of veins that have never been drill tested or channel sampled — yet have extensive surficial workings and historical shafts consistent with the presence of mineralization. To date Zacatecas have defined over 12 kilometres of outcropping veins defining a number of high value drill targets.

Zacatecas has completed structural mapping at El Cristo and is currently completing an environmental report as the final requirement for drill permits.

The technical content of this news release has been reviewed, verified and approved by Dr. Chris Wilson,  B.Sc (Hons), PhD, FAusIMM (CP), FSEG. Chief Operating Officer and Director of Zacatecas Silver, a qualified person as defined by NI 43-101.

The Zacatecas Silver property is located in Zacatecas State, Mexico, within the highly prospective Fresnillo Silver Belt, which has produced over 6.2 billion ounces of silver. The company holds 7826 ha (19,338 acres) of ground that is highly prospective for low and intermediate sulphidation silver-base metal mineralization and potentially low sulphidation gold-dominant mineralization.

On behalf of the CompanyBryan SlusarchukChief Executive Officer and Director

The Company has not done sufficient work to classify the 2019 Panuco Historical Resource as a current mineral resource or mineral reserves, and the Company is not treating the historical estimate as current mineral resources or mineral reserves.  Although the historical resource estimate is considered reliable, 8% of the drill core intervals used in the resource calculations was re-sampled and submitted these to ALS for independent assay. Further, additional data verification including resurveying of select diamond drill holes collars; review of graphic drill core logs, comparison of these logs with remaining half-cut core, and a cross-check of select geological logs agonist database entries; and a check of original ALS assay certificates against the assays and drill hole database. Remodelling of the current Panuco resource is ongoing pending receipt of check sample assays.

Information set forth in this news release contains forward-looking statements that are based on assumptions as of the date of this news release. These statements reflect management’s current estimates, beliefs, intentions and expectations. They are not guarantees of future performance. Zacatecas Silver cautions that all forward looking statements are inherently uncertain and that actual performance may be affected by many material factors, many of which are beyond their respective control. Such factors include, among other things: risks and uncertainties relating to Zacatecas Silver’s limited operating history, its proposed exploration and development activities on is Zacatecas Properties and the need to comply with environmental and governmental regulations.  Accordingly, actual and future events, conditions and results may differ materially from the estimates, beliefs, intentions and expectations expressed or implied in the forward-looking information. Except as required under applicable securities legislation, Zacatecas Silver does not undertake to publicly update or revise forward-looking information.

Neither TSX Venture Exchange nor its Regulation Services Provider (as that term is defined in the policies of the Exchange) accepts responsibility for the adequacy or accuracy of this release.